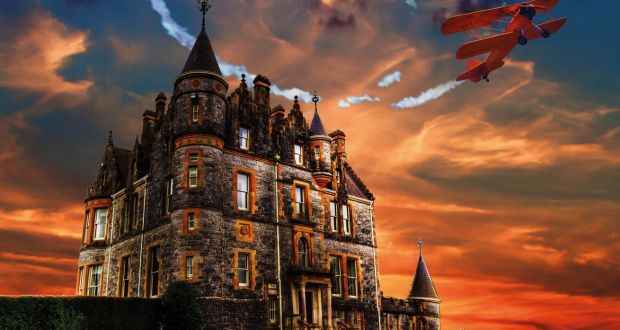 We’re giving away a pair of tickets to see a revival of a George Bernard Shaw lost classic this week! Get involved!

We’re delighted to have teamed up with Thundermaker Productions this week to bring you the opportunity to win a pair of tickets to their production of George Bernard Shaw’s lost classic Misalliance at the Tabard Theatre. The tickets are redeemable for one of the performances on either 3rd, 4th or 5th June 2014.

As always with our competitions, there are no catches – you simply complete the entry form below by 6.00pm on Friday 30th May 2014 and you’ll be entered into our prize draw. If you’re the lucky winner you’ll hear from us the next day. It really is that simple!

ABOUT MISALLIANCE BY GEORGE BERNARD SHAW

An underwear tycoon, an armed gunman, a flying polish acrobat, 8 marriage proposals and a plane crash in the greenhouse – it’s just another afternoon in Surrey.

Hypatia is a bored heiress to her domineering fathers underwear fortune , trapped in an unhappy engagement she seeks excitement and new ideas. When a plane crashes at the bottom of the garden bringing a handsome young pilot and a female daredevil this quiet afternoon in the country is turned upside down.

Produced by Thundermaker and directed by Nick Reed whose last 2 plays The Life Coach and Never Mind The Botox were nominated for Best New Comedy and Best New Play at the Whats On Stage and Off West End awards.