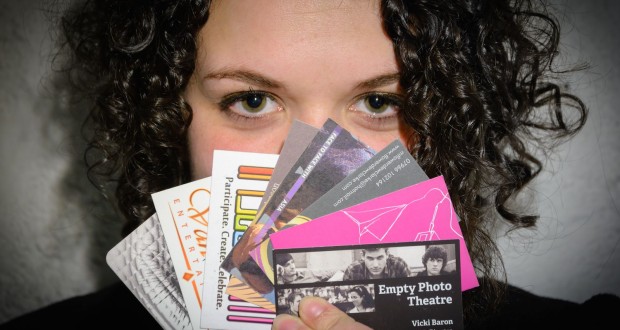 Does your career rest on who, or what, you know? Vicki Baron busts some myths about one of the performing arts industry’s most questioned debates.

Modern life can be very confusing, so it’s good to know that a lot of it comes with instructions: baby books, online tutorials and IKEA manuals are all there to help us out when we get hideously stuck.

There are, however, still lots of areas that we are left to figure out on our own, and this is particularly true of the performing arts sector.  How do you become a successful actor?  What does it take to be a prolific writer? And for goodness’ sake, what does the word ‘dramaturg’ actually mean? There are no clear answers to any of these questions (especially the dramaturg one), so people tend to come up with ideas which get bandied around in the industry until they become accepted as facts. One of the most commonly held beliefs in the performing arts is that success comes down to who you know, rather than what you know.

There are two sides to this debate, and both of them are worth considering carefully.  First and foremost, it is very important to be good at and care about what you do for a living. For instance, there is no credibility in pursuing acting if you’re not that fussed about it.  I asked some of my actor friends what they were most nervous about when they started their careers, and they invariably replied “not being good enough”.  They weren’t worried about fame, money or entourages; they just wanted to be good actors.

None of my friends would have recommended me for projects if they didn’t believe I was hard-working and talented enough to do them.

Unfortunately, being good at something and making a decent living from it do not necessarily go hand in bank balance.  While this is not very fair, I think we can all agree that striving to be skilled at something is a decent start.

The other side of the debate is that favouritism, nepotism and all kinds of other unsavoury “isms” are rife within the performing arts.  Why bother to be good at something when you can get paid work just by knowing the right people?  And why try to break into the industry if you don’t already have good connections?  It is this kind of thinking that leads talented, creative people to give up their dream and go work in an office.

I have benefited from having good professional connections, and some very exciting projects have come my way because of them.  However, none of my friends or colleagues would have recommended me for these projects if they didn’t believe I was hard-working and talented enough to do them.  It wouldn’t make them look very good if they put me forward for a directing job and I delivered a rubbish production; if someone puts you up for a job, you do your best at it because you know that they have staked their reputation on you. What you know, then, is merely supplemented by who you know, which is encouraging.

Networking is the broccoli of performance: we don’t always like it, but it’s very good for us.

So we can see that being good at your job and knowing people are both helpful in your professional life.  So how do we encourage talented people to get involved with the industry?  How can we get the fresh-out-of-drama-school graduate to believe that the performing arts sector is not some kind of impenetrable members’ club?  I have one word for you: networking.

Networking is the broccoli of performance: we don’t always like it, but it’s very good for us. Learning how to talk to strangers about your work makes you more confident about what you do, why you do it, and what you personally contribute to the entire sector.  Make no mistake: if you care enough about a creative career to pursue it whole-heartedly, you deserve to tell people about it.

There is a rule in fringe theatre circles called the Edinburgh Bar Principle.  Every summer thousands of creative people can be found at the Edinburgh Fringe Festival, whether they’re performing or just visiting to see what’s on.  These people come from all over the world, and it makes sense to consider the possibility of meeting some very influential and helpful people wherever you go.  Essentially, you never know who you might find yourself standing next to at a bar in Edinburgh.  (In my case, it was Rhod Gilbert – he didn’t necessarily turn out to be a useful professional contact, but he did call me a maverick, which was nice.)

It’s so much better to meet people and tell them about what you know, rather than hoping that who you know will magically move your career forward.

I think that the best way to think about this “who you know, not what you know” issue is to apply the Edinburgh Bar Principle to every professional interaction we have.  It’s so much better to meet people and tell them about what you know, rather than hoping that who you know will magically move your career forward.  In fact, this isn’t even specific to the theatrical sector. Believe in what you are doing, have the confidence to talk about it, and be open-minded about meeting people in your field.  You never know where a conversation can take you, or what rewards you will reap further down the line from just having the guts to say “hello”.