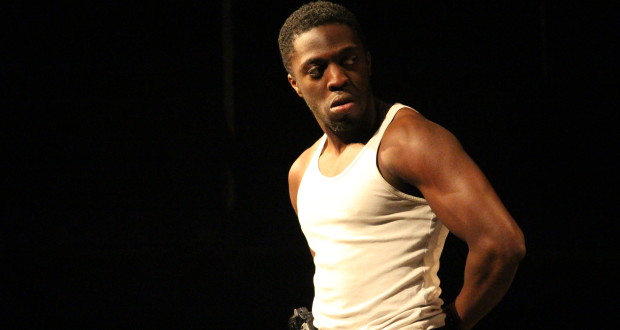 Pros: A diverse evening with something to offer for lovers of comedy and drama alike.

Cons: It’s frustrating to keep investing in plots and characters without ever getting the payoff.
LineUp, Greenwich Theatre – Review

Pros: A diverse evening with something to offer for lovers of comedy and drama alike. Cons: It’s frustrating to keep investing in plots and characters without ever getting the payoff. Once every two months Greenwich Theatre plays host to Vertical Line Theatre’s LineUp, a selection of excerpts from plays by upcoming playwrights. It’s a great format: in a few hours you’re introduced to a number of writers from different genres, and the shortness of the pieces makes it very safe, even for the less adventurous theatre lover. The evening started off with Pal Street Boys by Hendrik Elstein, which&hellip;

An excellent, relatively risk-free chance to get to know some new playwrights.

Once every two months Greenwich Theatre plays host to Vertical Line Theatre’s LineUp, a selection of excerpts from plays by upcoming playwrights. It’s a great format: in a few hours you’re introduced to a number of writers from different genres, and the shortness of the pieces makes it very safe, even for the less adventurous theatre lover.

The evening started off with Pal Street Boys by Hendrik Elstein, which is about a group of schoolboys plotting their revenge on a rival ‘gang’ that has infiltrated their territory and stolen their flag. It’s a simple, sweet and funny piece with a whiff of nostalgia about it, firmly placed in the tradition of The Goonies and Enid Blyton’s Famous Five. The (adult) cast members do an excellent job of presenting their young characters with the right mix of solemnity and childishness. Director Sean Turner makes clever use of sparse props, but a live slow-motion version of Chariots of Fire immediately takes the cake as the most effective ‘background’ of the evening.

The second piece was an excerpt from London Boys, written by Tina Jay, about two male prostitutes. Angel and Seth are in love with each other, but Seth has stopped working the streets and is afraid to lose the exclusive contract he has with his client if he gets into a relationship with Angel. The theme is compelling, grim and sweet in equal measure, but the bleakness of the scene is sadly undercut by the sappy tone of the dialogue. The actors clearly give it the old college try, but the overall result still feels like a strangely edgy version of a Mills and Boon romance.

The last piece before the interval was Robbie Best’s Honeybees. The Honeybees are children working for an agency that entraps paedophiles. In the first scene, we see eleven year old Samantha ‘in action.’ In the second, a couple signs up their daughter with the agency. It’s a truly disturbing idea that Best has worked out well, from Samantha’s unsettlingly tactical approach to ‘the game’ to the adults’ casual indifference to the children’s well-being.

The second part of the evening started with Lucifer Ex Machina, by Sevan K. Greene. Lucifer arrives in Purgatory for a token hearing at which everyone expects him to be found guilty (just like the last 2,999 times). But Lucifer is confident that, this time, things will go differently. Stevie Raine’s Lucifer is a dangerous combination of politician’s rhetoric, Bambi eyes, and a complete disrespect for personal boundaries. James Harden is conflicted in a calmly angelical fashion as Lucifer’s brother Gabriel, and Sheri Sadd and Roisin Kelly are an excellent comic duo as the jaded Xeref and newbie Keba. My only objection to this piece would be that it’s far too short; after having our curiosity piqued by Lucifer’s mysterious allusions to his master plan, we’re left none the wiser.

The final piece of this LineUp was Nick Myles’ Mistaken: The Angel of Tomorrow, which takes the form of a self-help presentation by ‘not a lady, but all woman,’ Natasha (William McGeough). Natasha takes the audience through the struggles she has faced in life with a big helping of humour and a hilariously silly Powerpoint presentation. She encourages us to look forward to tomorrow by any means necessary, be that the next episode of the Great British Bake Off or online shopping (‘Who wants to hang themselves while there’s a parcel in the post?’). At the same time, Natasha is painfully vulnerable, and McGeough captures her forced smile and fake cheerfulness with great subtlety.

All in all, this month’s LineUp was a balanced mix of themes and genres that has opened my eyes to a number of interesting playwrights. The perfect place to go for anyone looking to shake up their theatre routine a little.