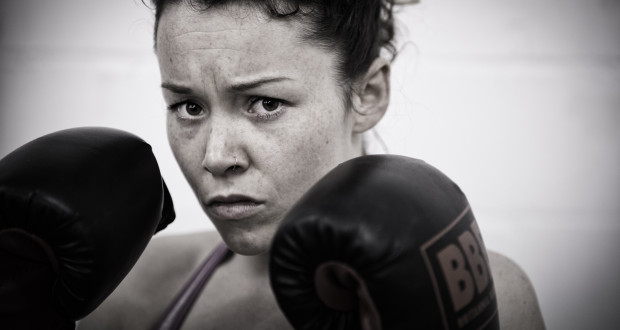 Pros: Powerful raw emotion, especially as the stories and experiences told are true.

Cons: It is quite a long show to stand up for, with occasional long sections of dialogue making the audience fidgety.
BABY/LON, Hackney Downs Studios – Review

Pros: Powerful raw emotion, especially as the stories and experiences told are true. Cons: It is quite a long show to stand up for, with occasional long sections of dialogue making the audience fidgety. Hackney Downs Studios is a relatively new venue and this show marks the first of three in their debut season. Their vision is to host groundbreaking theatre, and they do not disappoint with BABY/LON. The Big House Theatre Company has created a piece of theatre that is powerful and hard-hitting; it feels as though it could really make a change. Created in just four weeks and&hellip;

A powerful and hard-hitting show, which gives voice to care-leavers who want to share their experiences.

Hackney Downs Studios is a relatively new venue and this show marks the first of three in their debut season. Their vision is to host groundbreaking theatre, and they do not disappoint with BABY/LON. The Big House Theatre Company has created a piece of theatre that is powerful and hard-hitting; it feels as though it could really make a change. Created in just four weeks and using the real life stories and experiences of care-leavers, who also make up the cast, the show is raw and exciting.

I entered the performance space not really knowing what to expect. The show is set in an empty warehouse, and the audiences mingle, not sure where to stand. The cast are already in situ, with one character ironing children’s clothes as another appears to be psyching himself up for something. There is unsettling background music playing, and at first it feels as though I’ve stepped into an art installation.  As the show begins with Madeline (Bobbi Byrne) boxing in a spotlight and suddenly descends into chaos, I was gripped.  I immediately felt I was going to see something unlike anything I’d seen before.

After such an intense opening, the show continues to deliver high energy and powerful stories, although there were a few occasions where dialogue rambled slightly and the audience became fidgety. We follow a variety of characters in their individual scenarios that cleverly intertwine as the plot develops.  I was initially slightly unclear on how the play would develop, as it felt fragmented. However this initial fragmentation meant that the connections, as they revealed themselves, were all the more poignant.

The show builds to such a climax that I felt completely part of the action myself, and to be completely honest felt quite uncomfortable a number of times.  The ending is incredibly intense, and the use of the space in the final scene is jaw dropping (I don’t want to spoil what happens!)

I did not know until the end of the show that the cast are actually telling their own true stories; I also couldn’t believe the fact that many of the cast had never acted before.  I was particularly in awe of Bobbi Byrne who displayed such raw emotions she had me in the palm of her hand. Knowing that this was her true story gives this even more impact. Being an immersive performance, following the story and cast around the room and standing just metres from the action, I felt as though I was directly involved.  The show is hard-hitting and intense, I felt quite physical and emotionally exhausted on leaving (also standing for a fairly long show is surprisingly tiring!).

The set was minimal with the exception of two structures, where were raised platforms with mattresses on and a canopy created from pillows over the top. These two areas were mainly used to convey care-homes or hostels.  The use of lighting to show you where the next piece of the story would unfold was extremely clever and subtle.  As we moved to the next scene words would appear on these pillows to illustrate recorded voices talking about experiences of those in care in addition to social worker messages.

As I have no experience of the care system myself, I left wondering if this play demonstrates a biased view of social services. All the cast were telling their real experiences, but I wonder if they represent the majority.  I hope not as the stories they had to tell were truly heart wrenching, I found myself holding back tears on a number of occasions.  The Big House Theatre Company is something special, working with these young people to give them a chance to make their stories heard.