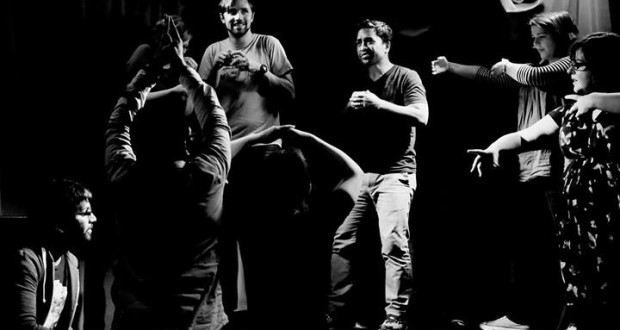 It’s true what they say: laughter is the very best of medicines. And let’s be honest, there is quite a lot of mediocre comedy out there – it may make you titter, or even chuckle, but it’s pretty rare to find improv that makes you really laugh. That’s what Yada Yada K achieved though. Our reviewer said that her jaw muscles were aching following their monthly show at The Camden Head. And so for that most special of achievements, they bag this week’s top spot. Catch them this month –  we calculate that to be on Tuesday 25th March.

Technically this has finished at the Albany Theatre, but a few of the plays will be back at the Canada Water Culture Space towards the end of this monthy. It’s truly exciting when you find up-and-coming directors, actors and production teams – that’s what the fringe (or Off West End) is all about. Play.ground is a chance to see some really exciting work, and because there is so much variety it is exceptionally engaging. Our reviewer called it a “remarkable achievement” – they deserve our support. And it’s bloody good too!

Dance back on the menu again this week with Border Tales at The Place. Described as “perfectly accessible and beautiful to watch thanks to the marriage of choreography and the spoken word”, it’s another example of the power of choreography. It’s also a politically relevant show that’s likely to get you thinking, so it’s got all the ingredients for an engaging and thought-provoking show. If you’re still hesitant about trying something new or a bit risky, then now’s your chance!

This one sounds very intriguing… Site-specific theatre is usually in a caravan, or a disused tunnel, or sometimes a random cellar. It’s rare to find it in a luxury hotel! So the idea of seeing lots of different scenes in lots of different hotel rooms sounds really cool! In the words of our reviewer, it also “gives you licence to let your voyeuristic tendencies range free”… So it ticks the guilty pleasure box as well. Don’t miss it!

And finally the BAC is back on our list again this week with “a theatre workshop rather than a theatre performance”. This one focusses on the role of the mobile phone in modern society, and it’s another example of the BAC’s commitment to really pushing theatrical boundaries through the use of new performance styles. So give it a shot, you may love it!