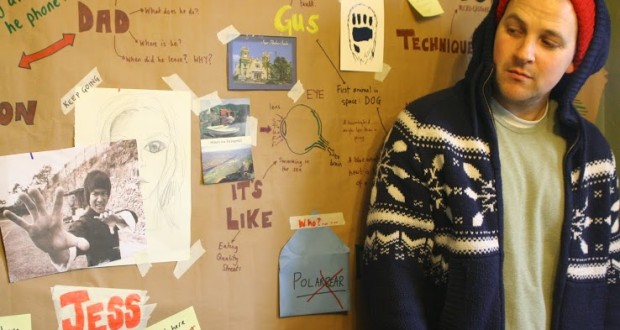 Pros: Entertaining and educational; children will be inspired to use their imagination and get involved in the story being told.

Cons: Some of the key scripted dialogue is delivered at a rapid speed, so some of the younger audience members may struggle to keep up.
Mouth Open, Story Jump Out, Battersea Arts Centre – Review

Pros: Entertaining and educational; children will be inspired to use their imagination and get involved in the story being told. Cons: Some of the key scripted dialogue is delivered at a rapid speed, so some of the younger audience members may struggle to keep up. The success of Mouth Open, Story Jump Out is dependent upon the connection between Polarbear –performance maker Steven Camden, who is in his mid 30s – and his audience, some of the toughest critics in the world. Children. Aged 8 plus. The fact that the show's primary audience, enjoying a week off from school,&hellip;

Better than any classroom, this show is fun and interactive, and teaches kids without them even knowing.

The success of Mouth Open, Story Jump Out is dependent upon the connection between Polarbear –performance maker Steven Camden, who is in his mid 30s – and his audience, some of the toughest critics in the world. Children. Aged 8 plus.

The fact that the show’s primary audience, enjoying a week off from school, were so enthusiastic about being there and getting involved is a credit to Polarbear as a performer. The kids were almost hyperventilating hoping Polarbear would ‘pick me’ to answer a question. Even as they were taking their seats, they were glued to what he had to say, and he was equally interested in what they had to share, no matter how random.

Twice as tall as most members of the audience, Polarbear got down on their level, spending most of the performance on a chair, or sitting on the floor scribbling on foam mats, which acted as a chalkboard. He never insulted their intelligence by talking to them like children or babies. Nor did he underestimate their ability to handle more the serious topics of abandonment or regret. And the children rose to the occasion, confidently answering all of his questions, including what is a chain reaction and what are physical signs you can tell someone is lying.

Polarbear shares with the audience his own story, about a time when he was ten and discovered his gift for telling lies in a believable way. He explains how he managed to convince his classmates of a series of extraordinary lies, and how he navigated the consequences, both positive and negative. The show, including the branding, bare a number of similarities to the popular Diary of a Whimpy Kid series, in terms of the school setting, the goal of trying to be cool, and the story about a boy who lets his imagination get the better of him.

The colourful set is simple but very effective. A few pieces of furniture stand out against the smorgasbord of images, maps and cutouts, which represent Polarbear’s web of lies. The backdrop functions like a Where’s Wally book. There is so much going on at first you don’t know where to look but the more time you spend on it, the more interesting details you find.

Parents will get a kick out of this show as well. The children’s responses to Polarbear’s questions are hilarious, and far more imaginative than most adults. This performance is fully supervised, allowing parents who don’t wish to draw pictures, or dance like an octopus in high heels on ice, to relax in the café. The friendly staff at Battersea Arts Centre escorted the children to and from the entrance and the theatre.

The educational message behind Mouth Open, Story Jump Out provides a further incentive. Through Polarbear’s brainstorming sessions, the kids can experiment with free association, and connect with their stream of consciousness. And at the end of it all, there is a guide full of practical activities to help inspire children with their storytelling for them to take home.