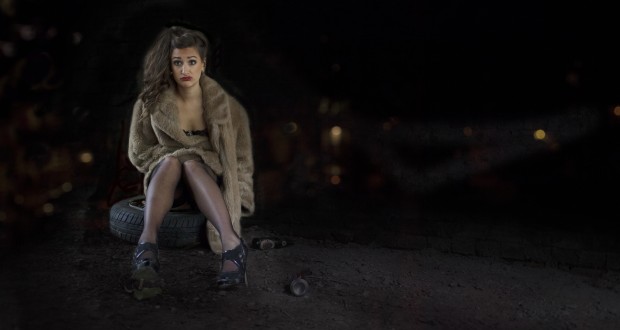 Cons: Because the show is completely character-centric, if you don’t take to her it will be a tough show to sit through.
Fucking Outside the Box, VAULT Festival, Waterloo Tunnels – Review

Pros: Great acting and a compelling character make this one-person show easy to watch. Cons: Because the show is completely character-centric, if you don’t take to her it will be a tough show to sit through. Frankie is a 17-year-old college student and former champion competitive ballroom dancer. She lives in Essex with her mum and stepdad, loves going to house parties with her mates and is obsessed with Sex and the City. She idolises the character Samantha and aspires to have a life just like hers. She wants to fuck outside the box. This play almost entirely focuses&hellip;

Polished and well-crafted, this show is completely focused on a 17-year-old’s sexual experiences so will only interest people who engage with the character and her message.

Frankie is a 17-year-old college student and former champion competitive ballroom dancer. She lives in Essex with her mum and stepdad, loves going to house parties with her mates and is obsessed with Sex and the City. She idolises the character Samantha and aspires to have a life just like hers. She wants to fuck outside the box. This play almost entirely focuses on Frankie’s sexual aspirations and current exploits with an older guy called Michael that she met at a house party in Walthamstow.

The play is set in the present, as Frankie (Jessica Burgess) is home alone and waiting to find out if Michael is going to come and take advantage of her parents’ absence. Frankie starts out as confident and mature for her age. She seems to have a firm grip on her emerging sexuality. She fills us in on her sexual aspirations and how she wants to emulate Samantha’s relationship with a guy that revolves around role-play. We learn that her relationship with Michael is following the same path. As she waits for a text, we hear all about her last encounter with him. She’s obsessed with rape fantasy role play. She now waits to see if Michael is going to attempt to break into her house, after which he will pretend to rape her like he did in his van on their last rendezvous.

Her confidence soon starts to deteriorate and we can see that she is really only 17 without much experience, in life or sex. As she tells us stories from her past, we learn about her mother, her ballroom dancing and the consequences of social media. Her naivety is sweet and funny, but someone who doesn’t have much patience for young people’s poor choices would probably just find her annoying. The piece has a strong narrative through line and is naturalistically performed. It would not qualify as performance art but if an audience member does not engage with Frankie or her story and the issues that dominate her life, they will struggle to sit through the performance. As someone who works with young people and cares very much about their welfare, I found this piece touching, informative and poignant. I don’t know how many other adults would, though. It comes across more as an educational piece for young people and I could imagine it being performed in colleges and sixth forms. The ending is more abstract and carries a strong message for young people. The staging is simple and Burgess’ performance is excellently believable.

The VAULT Festival, in the tunnels under Waterloo Station, is an experience in and of itself. The space for Fucking Outside the Box is in a small but professionally equipped studio. Unfortunately, the event seemed rather disorganised on the night. The doors to the studio opened almost ten minutes after the show was supposed to start and no one communicated with the queuing audience as to why there were delays, or anything at all until the doors opened. The venue is achingly cool, so much so that as a 30-something, I felt like a stodgy old fart completely out of place. Fortunately, the play was very good and I had a great interest in the topics addressed. Other adult audience members may not be so lucky and feel that the piece has nothing to say to them.