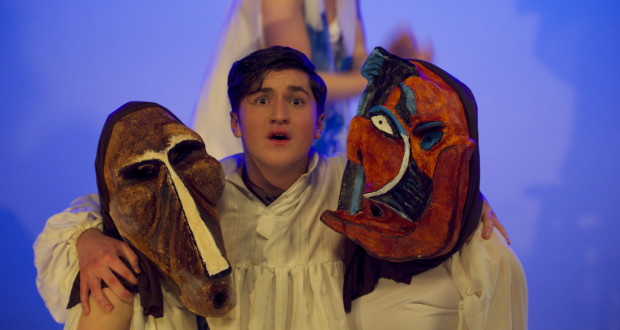 1. The Peculiar Tale of Pablo Picasso and the Mona Lisa at the Brockley Jack Studio Theatre – ★★★★★. Until 1st March.

It’s been a week of intense competition for our top spot, with two five star reviews being published in the same week (only our second and third five star reviews of 2014). I toyed with the idea of a =1, but in the end it had to go to Pablo and Mona. Why? Because, quite frankly, Fourth Monkey’s show sounds absolutely magical – that all important combination of factors coming together to create a true creative masterpiece. Don’t miss it – I certainly won’t!

In VERY close second we have the Almeida’s latest offering, an adaptation of Orwell’s 1984. Let’s be clear here: this is also an unmissable production. A raw and powerful production which our reviewer described as “a fearless and captivating adaptation [in which] fiercely intelligent staging and spellbinding multimedia effects combine to make a masterpiece out of a masterpiece.” Sounds good right? Add it to your lists.

A delightful and family friendly number from one of South London’s finest theatres takes the bronze medal. What I like about this one is the sheer ambition of re-imagining Dr Faustus for a younger audience. I also have deep respect for all companies doing their bit to get new audiences into auditoriums. If that’s not enough, then our reviewer described it as “intelligent and nail-bitingly other-worldly” – another cracking show in our best week of 2014!

Those clever folk up in Stratford sneak in at number four. Part of me just really enjoyed our reviewer’s swipe at Michael Gove, but it has to be said that this sounds like a class act from start to finish. Any show that can make you think, laugh and cry simultaneously is bound to be a winner. The fact that this production is being staged to mark the centenary of the start of WWI makes it even more important. Another one to not miss.

I’m a big fan of the Print Room, and this sounds like another terrific dance show, so it closes out our list this week. I should add that there were at least three more productions which gained 4 stars from us this week, so this was a particularly tricky decision. This one is described as a “powerful, emotive and tender artistic expression of love”. For the dance fans among you it’s a must-see, but I strongly suggest that you head to Notting Hill if you haven’t already. 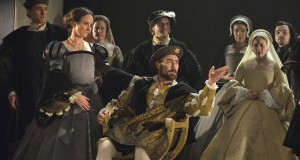