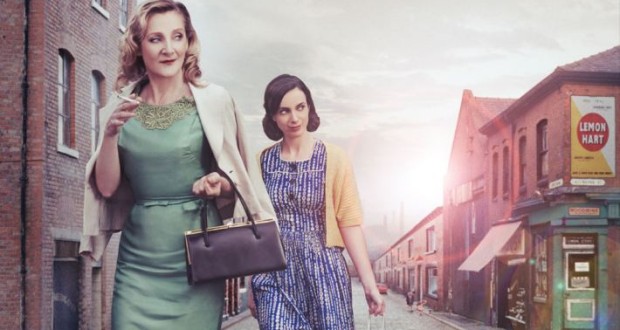 Cons: A modern audience may feel that not much happens and find it difficult to imagine that this was a ground breaking play.
A Taste of Honey, National Theatre – Review

Pros: A comic, life affirming, unsentimental portrayal of working-class life in 1950s Manchester. Cons: A modern audience may feel that not much happens and find it difficult to imagine that this was a ground breaking play. Shelagh Delaney was 18 years old and living in Salford when she wrote A Taste of Honey. She was taken under the wing of Joan Littlewood at the Theatre Royal Stratford East, home of the radical Theatre Workshop, who then directed the play. It became a huge success, went to the West End and Broadway, and became a film. It tells the story&hellip;

An excellent revival of the play and a reminder of the remarkable achievement of the young working-class playwright, Shelagh Delaney.

Shelagh Delaney was 18 years old and living in Salford when she wrote A Taste of Honey. She was taken under the wing of Joan Littlewood at the Theatre Royal Stratford East, home of the radical Theatre Workshop, who then directed the play. It became a huge success, went to the West End and Broadway, and became a film. It tells the story of a young girl, Jo, living in a dilapidated Salford flat with her mother, Helen, who abandons her to marry her ‘fancy man’. Jo becomes pregnant by a black sailor and is looked after by Geoffrey, a young gay art student. At the centre of the play is the exploration of the mother-daughter relationship, which at times is vicious and painful to watch.

Despite its references to Othello, Ibsen’s Ghosts and Oedipus, the play is not a tragedy. The direction of owes much to the original Theatre Royal Stratford East production and has a music hall feel to it, with live jazz and characters expressing their hopes and dreams through dance. Jo’s dance is wild, exuberant and restless; Geoffrey dances while making the flat into a home for them; Helen’s dance expresses her need to be desired. The dance sequences have a dream like quality and are filled with hope. This is a play about the ability to survive, not in a self-pitying way, but with a zest for life. Kenneth Tynan, reviewing the play in 1958, pointed out “life goes on but not despondently: here it goes on bravely and self-reliantly, with a boisterous appetite for tomorrow.”

Lesley Sharp’s Helen possesses an appetite for life and is ruthless and hard in her bid to grasp at it. It is difficult to like her, but she is played in a way that shows she has suffered, and her spirit of survival is admirable. In the end there is hope that with Jo she may be able to express love. Jo is played with great energy, quirkiness and humour by Kate O’Flynn, and her delivery of lines such as “I really do live at the same time as myself, don’t I?” expresses Jo’s passion for life perfectly. Harry Hepple gives Geoffrey a warm and maternal quality. He is a tragic figure in the play and no match for the controlling Helen. All the men in the play are sidelined by the powerful presence of the two women. Jimmy, the sailor (Eric Kofi Abrefa), is given a childlike naivety and not much substance. Peter, Jo’s stepfather (Dean Lennox Kelly), is a comic book villain with his eye-patch. He comes into his own in the second half, as an obnoxious drunk abusing everyone.

The play starts with Jo and Helen struggling through the rainy cobbled streets of Manchester. The set and lighting place us firmly in the Manchester slum with a view of the gas works and a dirty river. Inside their flat it is dark, and you can almost smell the damp, peeling wallpaper. The sun shines through the windows with a powerful blast when Jo and Geoffrey are making a home together but when the reality of Jo’s pregnancy is no longer avoidable, there is a kind of half-light such that comes before a storm. The sense that the storm will pass comes when Jo sings to her unborn baby. With it comes the hope that change is possible and that we are not constrained by the past.