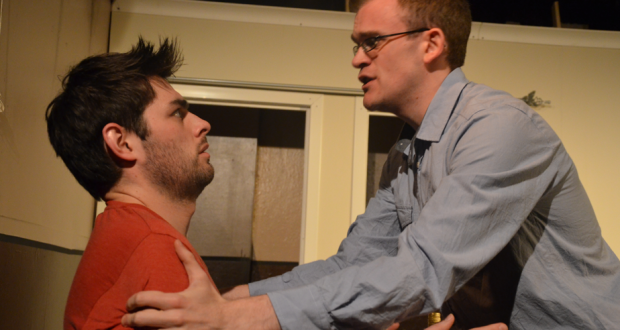 Pros: Some belly-laugh moments of physical comedy. Cons: Under-rehearsal left the first piece feeling a tad jerky and awkward. The Straying in Seattle double-bill of plays, set in the home of Starbucks and Microsoft, gave me a chance to finally see the White Bear Theatre, a venue I have been curious about for a while. And curious is just how I would describe it. The pub itself, a stone’s throw from Kennington tube, is definitely what you would call a traditional local complete with swearing punters, an Irish barman, old drunks muttering in the corner, a funny smell, and&hellip;

Some excellent talent on show; the second piece is very funny but the first is mismatched and misjudged.

The Straying in Seattle double-bill of plays, set in the home of Starbucks and Microsoft, gave me a chance to finally see the White Bear Theatre, a venue I have been curious about for a while. And curious is just how I would describe it. The pub itself, a stone’s throw from Kennington tube, is definitely what you would call a traditional local complete with swearing punters, an Irish barman, old drunks muttering in the corner, a funny smell, and the football on TV. It was pretty easy to pick out those who had come for the show from the regulars; but neither crowd seemed to be bothered by the other, each being symbiotic, valued and peacefully coexisting parts of the pub’s clientele.

If this were a new writing night, I would be reviewing the evening as a whole. However, despite the fact that there were only two plays, both written by the same author and set in the same city, they are different enough for me to feel confident in reviewing them separately. The first piece, Monogamish, details the relationship crisis and eventual reconciliation of Toby (Neil Allen) and Roger (Jonathon Marx) when the latter suggests they see other people in order to solve their problems.

The premise is a tired one, but good writing or impressive performances could’ve saved it. Sadly this was not to be. There were some funny lines, but there was also a lot of repetition, and it could have been more economical. As for the performances, they certainly weren’t weak, just mismatched. Whilst Allen played Toby with comic quasi-hysteria, best friend Helena (Elizabeth Guterbock) was underplayed almost to the point of apathy. The actors were good, they were just performing in different shows – a shame as a piece like this is entirely dependent on chemistry and togetherness. Overall, I felt that Monogamish was under-rehearsed, and therefore under-whelming. Indeed, when a cheer was heard from the pub’s football crowd three quarters of the way in, my mind wandered onto what the score might be and I realised I was more interested in that than what might happen onstage.

Given my own lukewarm response to the first piece, the slightly thinned-out audience post-interval wasn’t shocking. However it was their lost, because How Will I Know? was a hugely entertaining affair. There wasn’t a huge leap forward in the writing – author German Munoz was guilty of repetition again, and the lines were only slightly funnier – but the physical comedy was superb. It’s hard to believe that the person responsible for the less imaginative directing of Monogamish pulled off such a quality farce as How Will I Know? The cast was certainly a class above. Whether it was Jack Darrell on stage as the sexual Diego with the fiercely loyal but confused Brooke (Anna Frankl-Duval), or Darrell feigning sweetness and innocence opposite Robin Toller’s trusting but frustrated Mark, the chemistry was sparky. There may have been slightly too much shouting, but for the most part the performances were pitch-perfect. The audience (including myself) were constantly in hysterics. And if you don’t know why dried pasta, pizza slices and condoms flying through the air is funny, then you should head to see this show. 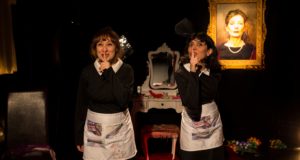 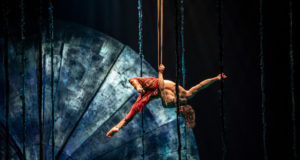 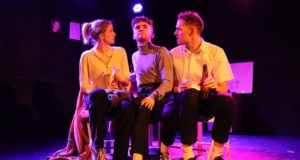