Everything Theatre’s Emma Shone catches up with Richard Crawford – the man behind Secret Theatre London, which touches down in the capital for the first time this week. 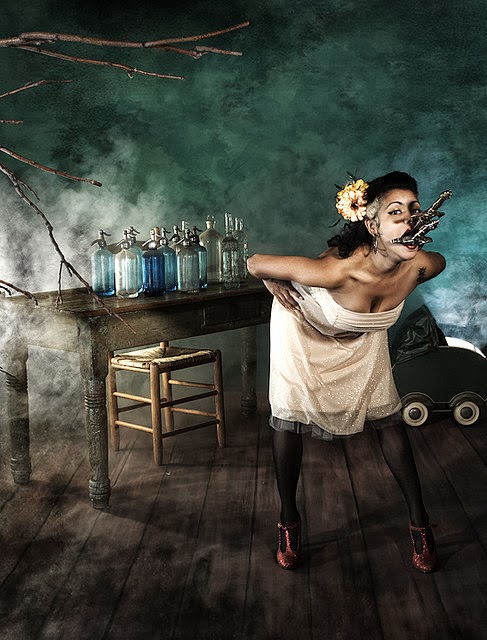 Theatre is always changing. It swells and falls with unpredictable tides of popularity, with works old and new constantly evolving to meet the increasing demand of the modern day audience expecting to see something new.

London has unquestionably seen its share of novelties over the years; from the spitting, brawling audiences of the Globe Theatre on the formerly decayed and degenerate Southbank, to globally acclaimed, very civilised performances from international stars of both theatre and screen, the work of just one British writer exists in a state of constant revolution. I sometimes find myself wondering whether theatre could run out of new ideas. Where does it all end? Could British theatre be hurtling itself into a world void of originality?

I hit on a theatrical novelty myself in a quietly dignified cafe in Sloane Square. Waiting for director Richard Crawford to arrive, it hit me that I’d never conducted an interview before without actually knowing what the interview was about. But that, it seems, is the fun of it.

Richard is the brains, the brawn and the passion behind Secret Theatre London (not to be confused with the recent Secret Theatre at the Lyric Hammersmith). His production hits London this week with an entirely new style of performance; ticket holders alone are sent details of where in the city the site specific venue is tucked away. They are given a dress code, a password and an alias. The only thing they aren’t told is what they are going to see. What we do know is that it’s a Tarantino adaptation for the stage – what’s not to be excited about?

Fresh faced from four years of innovative theatre in the States, where he most notably directed two very successful productions (Edward Scissor Hands and his own piece, Diary of a Sociopathic Freakazoid) Edinburgh-born Richard has returned to London with a unique take on what a trip to the theatre should be.

The theatre scene in London, he told me, runs the risk of becoming overly commercialised and losing its world-renowned spark of creative originality: “You go to the West End and pay your hundred quid, you sit in the dark and then you shuffle out again. It’s bizarre. A show will come out and I won’t know anyone that goes to it; it’s 70% tourists who buy the tickets these days. People who live in London can’t afford to go, even if they want to.”

“You go to the West End and pay your hundred quid, you sitin the dark and then you shuffle out again. It’s bizarre.”

Tickets for Secret Theatre are priced at £18 which, compared to the £152 you could end up paying to see The Book of Mormon, is by no means a big ask for a night out in central London. This is no accident: “I want it to appeal to everyone, and for every person who chooses not to come, someone who doesn’t usually go to the theatre will buy a ticket. I think they’ll take the risk because it’s Tarantino, because it’s cheap, and because it’s so secret and immersive. It’s dangerous… It blows your face off.”

“It’s so secret and immersive. It’s dangerous… It blows your face off.”

I point out that shows like The Book of Mormon make their money through immensely expensive advertising and hype – should he not be worried that shielding the name of the show, thus limiting advertising potential, might cripple ticket sales? “I think that’s why it’s good; there aren’t many shows that come into London that aren’t surrounded by tonnes of hype. But this is exciting and great before you even get there.

“What I’m trying to do is something different, something unique, which exists for people who are in it for the love of the art. They’re hard to find, but not impossible. We still exist! Hats off to The Book of Mormon, they’re doing what they want to do and breaking records and making loads of money. But how much money do you need to make? It’s not that I don’t respect others and what they’re doing. I’ve just really got to focus on my stuff, on what I’m trying to create.”

His vision for a new breed of London theatre is shared by others supporting this new production. His eyes glimmer as he talks about the owner of the Zone 1 venue hosting his minimal profit venture: “He’s amazing. He’s just like Gandalf, he has this huge crazy beard! He could sell his place for millions tomorrow if he wanted, but he wants to keep the place so that people like me can do artistic projects. I almost cried when he told me that.

“I got lucky with other stuff too. People believe in the project, and people believe in me, so they’ve given freely. We’ve rehearsed everywhere from a film studio – which would normally cost £4,000 a day – to a basement in a seedy strip club.”

The commitment and passion Richard speaks of his production with is a breath of fresh air amidst a climate dominated by profit and recession, with the ever increasing cuts to arts funding marring the potential of original British theatre. “I might not have a monstrous salary coming in, but I don’t know how many directors in London who can truly say ‘there isn’t another production in London they could pay me to do’. And it’s brilliant. It’s priceless.”

The success of Secret Theatre remains to be seen, but Richard insists that he will persevere with the project and bring his vision to life on the London theatre scene: “It’s a tough time for theatre in London. But one of the great things about the city is that, if you scratch around, you can still find people like me trying out new stuff and making theatre exciting in ways like this. It takes time to get projects off the ground. And it’s a crazy world. I wouldn’t change it, but it’s fucking nuts.”

Secret Theatre London runs until the 30th November 2013. For more details or to get your hands on some tickets, visit their website at http://www.secrettheatrelondon.com/.