Presented by Graduates of The Poor School

★★★★
Pros: Witnessing so much talent and potential makes for a thrilling evening.
Cons: Nothing springs to mind.
Our Verdict: A wonderful evening showcasing the talent of the school’s graduating students in a varied collection of repertoire. 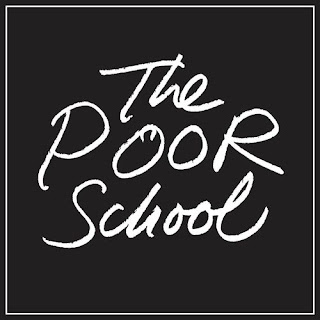 As the oldest of six children, I’m all too aware of what a school production traditionally entails. Having endured many nativities and small-scale musicals, I can’t say that my expectations for this showcase of The Poor School’s graduating students were particularly high. Thankfully, however, the group of twenty nine actors and actresses emerging from drama school went well above and beyond what you might expect to see at a school production.
The Poor School is nestled on a street five minutes from Kings Cross Station, and the atmosphere it houses was immediately welcoming. The showcase consisted of eighteen short pieces and extracts for either one or two actors, performed consecutively one after another. The changeovers between these pieces were faultless; only two seconds elapsed between extracts, giving the evening a flawless flow, crucial to the success of such a varied and quick programme. With a bare set consisting of just two chairs and a table, the students were left with the difficult task of creating a strong character for the audience in the mere two or three minutes of performance time. The majority did so to astonishingly well, with only a couple lagging behind their in stage presence and command of the audience.
The momentum of the evening was sustained not only by the lightening-quick transitions, but also the rich variety of repertoire presented. We saw comedy, irony and parody alongside death, devastation and insanity, each of which were articulated and performed to a strong degree. With so many students graduating from the class it would be impossible to mention all of those who impressed, however there were a few performances which stood out as the crème de la crème. Danielle Lautier had us in stitches in the opening minutes of the showcase with her rendition of A Woman Alone: the monologue of an Essex-esque wife and mother who drinks too much Campari and finds herself with an Italian lover. Ben Sheck and Simon Mitelman artfully depicted the fickle nature of changing power dynamics, while Tara Crabbe and Stephen Oswald forged a captivating dichotomy in a scene from David Grieg’s Dunsinane, playing the captive Gruarch as an ethereal yet manipulative counterpart to the brash “Scottishness” of Siward.
It was the final two pieces, however, which stuck with me most strongly as I left The Poor School. In a piece called The Caretaker by Harold Pinter, Chris Fairall gave a spectacular performance of a man detained in a psychiatric institute and forced to endure electroconvulsive therapy. Throughout the monologue he retained a haunting level of detachment. With his eyes unfocussed, and the speed and coherence of his sentences rapidly decreasing, Fairall gave an impressive performance of a man afflicted by society’s prejudices about mental health. Thankfully, the two ladies who took to the stage next raised the roof with their foot-stomping and touching performance of Richard’s Cork Leg by Brendan Behan. Anna McCormick and Claire Staunton did everything right: playing two women getting drunk in a graveyard, they hit the nail of rapidly changing emotions on the head, with tears one second then raucous laughter the next and a sad solo song quickly turning into a bawdy dance number. Their accents and characterisations were strong and consistent, and their talent served as the perfect finale to a showcase simply bursting with it.
I wish all of the graduating students from The Poor School the very best of luck. This production was beautifully put together and executed, with a solid level of professionalism throughout. With such varied students all performing to the remarkable levels we saw during the showcase, I think it’s safe to say that the standard coming out of this little drama school in Central London is anything but poor.
Please feel free to leave your thoughts and opinions in the comments section below!
The Final Showcase has now finished its run at The Poor School.
http://www.thepoorschool.com/
A Woman Alone Brendan Behan David Grieg Dunsinane Harold Pinter Richard's Cork Leg The Caretaker The Poor School 2013-06-04
+Everything Theatre

Previous: The Rules, Old Red Lion Theatre
Next: In The Loop, LOST Theatre