The Audition and Against Democracy double bill, Arcola Theatre

Esteve Soler
Directed by Sílvia Ayguadé
★★★
Pros: A rare opportunity to see prime examples of Catalan theatre in Britain.
Cons: Its strength is also its weakness. The plays deal extensively with social and political themes, it’s not likely to appeal to everyone. It is also a rather long evening.
Our Verdict: An interesting curio. Surreal theatre with intelligence and bite. Worth checking out if you’re free and up for something different.
Prior to watching the Catalan double bill at the Arcola Theatre, I knew little about its regional theatre, having only seen one show in Barcelona. So I had little first-hand knowledge of the diversity of Catalan theatre. This being the case, I was quite keen on discovering what was on offer at the Arcola, itself a fantastic venue for global theatre and where the staff are very friendly and helpful to patrons.
Before the performances of The Audition and Against Democracy there was a talk by leading academics Lourdes Orozco and Montserrat Roser about the role of theatre in the Catalan region and its influences. In the years following General Franco’s death, censorship of the Arts was relaxed and there was a general appraisal of the country’s past and possible future. This led to a great interest in Spain in the Theatre of the Absurd and in particular of Samuel Beckett and Harold Pinter. The influence of these playwrights could certainly be felt in the performances that followed the talk.
The Audition, a one-act play, focuses on a celebrated actor who is invited to the residence of the local Marquis. However, his visit becomes an intense exercise in method acting, forcing the audience to question the boundaries between reality and performance. The Audition, translated by John London, was the most narrative-driven of the evening’s performances and little was mentioned about governments and democracy. Instead, the play focuses on the role of theatre in contemporary society and in depicting truth. This play immediately reminded me of the classic RKO movie, The Most Dangerous Game and while it is itself a bit of a slow-burner, it sets the audience up for the second half of the evening nicely.
Against Democracy is a collection of sketches, translated by Mike Buck, the first of which is perhaps the most surreal, revolving around a couple trapped in a spider’s web. The husband moans about politicians, while his wife is in a world of her own; a metaphor for people caught up in their circumstances and own ways of thinking. The rest of the evening reminded me slightly of topical TV shows such as Naked Video and The Thick Of It – with politicians giving the most blasé reasons for doing the things they do. Inspired by the French theatrical genre of Grand Guignol, I felt some of the sketches worked better than others and these tended to be the less obvious ones that captured the paradoxes of modern living with more subtly. The seven sketches are all performed by just three actors, Mark Knightley, Lee Ranns and Clare Fraenkel and it’s a credit to them that they could jump from one role to another at a moment’s notice. Overall Clare Fraenkel stood out the most for me. Regardless of how a sketch begins, the moment she walks on stage, there is immediate warmth and levity to the proceedings and the audience is presented with a character we can immediately like and identify with.
Watching seven sketches one after another can feel a little exhausting though, and when they finish it doesn’t feel like a natural end to the evening. I was left feeling slightly bewildered by the experience. While the sketches touched on weighty social issues with varying degrees of wit, there didn’t seem to be a natural progression towards a conclusion. Nor did the evening leave the audience with particularly poignant questions to think about, which is what I had been expecting in keeping with Catalan theatre’s challenging nature.
To conclude, I think that the Catalan double bill does throw up some interesting ideas and at times is capable of surprising and challenging its audience, but for the casual theatre-goer isn’t looking for personal views to be shaken, it might not be a suitable choice. Would I have enjoyed the evening if I hadn’t gone to the pre-performance talk before hand? I think so, but knowing more about the background and roots of Catalan culture certainly gave me a greater appreciation for what was performed.
Please feel free to leave your thoughts and opinions in the comments section below!
A Taste of Catalan Contemporary Theatre double bill runs at Arcola Theatre until 25th May 2013.
Box Office: 020 7503 1646 or book online at http://www.arcolatheatre.com/tickets-for/arcola/a-taste-of-catalan-contemporary-theatre
A Taste of Catalan Contemporary Theatre Against Democracy Arcola Theatre Bots and Barrals Theatre Co Clare Fraenkel Esteve Soler Rodolf Sirera Silvia Ayguadé The Audition 2013-05-24
+Everything Theatre

Previous: The Knight of the Sorrowful Figure, Blue Elephant Theatre
Next: Not I, Royal Court 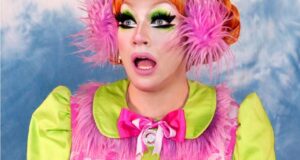 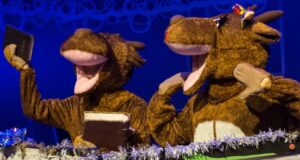